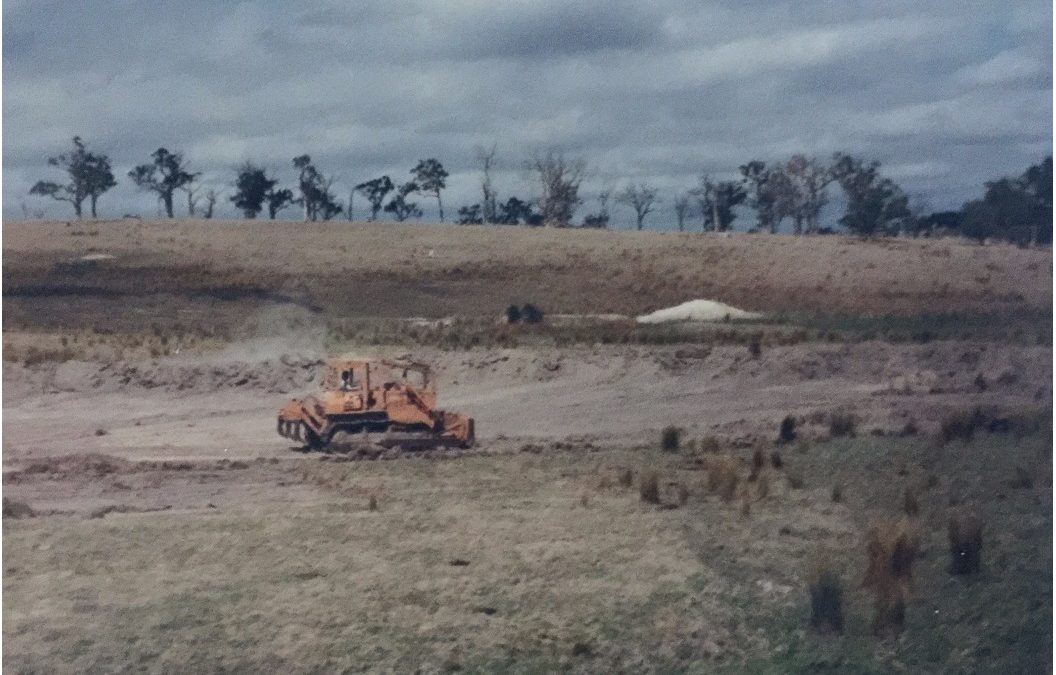 Visitors to the Vineyard may have heard about our interesting historical coin coincidence.

The coin and a description are up in a frame as you come in.

In May 1999, while we were excavating for the concrete slab on the north side of the original winery, we found a small coin, about 100m below the pasture.

The coin is a Polish Groszy dated 1840. It is heavily tarnished silver.

The question is, who dropped it?

What we do know is that on December 22, 1839, Sir Paul Edmund Strzelecki set out from Sydney with the objective of “Port Phillip, Launceston and Hobart”. He took with him a servant, two horses, and a cart.  He met fellow explorer James Macarthur at Tumut and they agreed to a route and to share expenses. There were two aboriginal guides, one called Charlie Tarra.

The party went south into the Snowy Mountains, and Strzelecki surveyed and named the highest point Mt Kosciuszko, after the Polish Patriot, in 1840.

Then, the group went west, crossing into what was previously unexplored country, which they subsequently named Gippsland. They named Lake King, La Trobe River, working their way through dense bush in the face of atrocious weather before abandoning horses just past Moe.  It proved tough, and they were saved from starvation only by the hunting skills of their guides.

Turning south they followed a route over the Strzelecki Mountains and on to Western Port and Melbourne a week later.